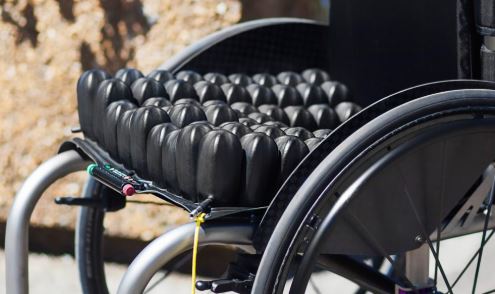 ROHO have been manufacturing pressure redistribution surfaces to assist wheelchair users and those at high risk of pressure injury for the past 49 years. This week’s blog looks at how and when the SmartCheck may be used to assist in cushion set up and ongoing use.

SETTING UP A ROHO CUSHION

Historically, initial set up of a ROHO air cushion involves over-inflating the cushion and then releasing air in relation to the individual user. As air is released, the user is immersed and enveloped leaving a layer of air between the user and the seat interface. Palpation of the lowest bony prominence (in most cases the ITs or Sacrum) is part of the process in guiding both the seated posture and the optimal air levels.

Research and EBP has repeatedly shown that a well-set up air cushion provides a high level of pressure redistribution and many facilities and services will provide an interim ROHO cushion when a pressure injury or high risk of injury has been identified. The main barriers to this type of cushion meeting a user’s needs is in establishing correct air inflation levels.

When an air cushion is over-inflated we are not able to immerse in it effectively. Many users that find an air cushion unstable are actually sitting on an over-inflated cushion, rather than immersing into it as designed. When over-inflated, there is also increased peak pressure at the lowest bony points. Let’s think about a tyre, a tyre is filled with air. They are usually highly inflated and the more air that goes in the ‘harder’ they become.

The material of the cushion that contains the air will also impact the immersion and envelopment capacity of the cushion. Which is why ROHO is very particular about what their cushions are made of, hence why they make all their neoprene on-site.

When a cushion is under-inflated and there is no layer of air between the user and the seat base, there is a risk of bottoming out and increased pressure. The cushion is designed to have a layer of air under the user, however we find that air cushions incorrectly set up are more likely to have too much air rather than too little.

WHEN THE SET UP GOES WRONG

I like to set up an air cushion with a user consciously. What I mean by that is I tend to talk through the process before and during the set up. I want them to be aware of the changes in how they are sitting as the air is released. If there is a wall mirror in the room we will often do the set up in front of it and talk about how they are immersing (or sinking) into it as the air is adjusted.

Many long term ROHO users know straight away if their cushion is correctly inflated by how they sit and feel. Others may need more consistent monitoring of the inflation level and assistance in checking and setting up. The set up and maintenance of inflation has been a barrier in some settings. Initial set up is often completed by a therapist but the user may need to adjust the inflation levels over time. I had one client who reported that her carer always added more air to the cushion even though she knew it required less.

Sometimes therapists arrange hire of an air cushion and it is sent directly to the end user. I once went to visit a client who was hospitalised for a pressure injury. The custom cushion had been removed and she was sitting on a ROHO. It was so over-inflated it was difficult to press down on the fully expanded cells, when I queried who had set it up for her she advised it was a maintenance worker.

So how do we overcome or reduce some of these barriers? For some, it is about education and training but others may need a more concrete cue. How can someone who has experienced a pressure injury and is anxious about their cushion set up feel more confident that it’s configured to meet their needs? For those that don’t know about the SmartCheck, it is a tool that can assist in checking the inflation level of a ROHO Single Compartment Cushion.

At a simplistic level, the Smart Check uses sensors to guide the appropriate level of inflation for the user. The SmartCheck is separate to the cushion and attaches as required to any Sensor-ready cushion. All single valve, single compartment ROHO cushions sold in New Zealand and Australia are Sensor Ready. This enables a SmartCheck device to be added at any stage even if not identified as a need until after someone has purchased the cushion.

Once attached to the cushion, the SmartCheck uses illumination and arrows to enable you to set up and check the inflation level.

SmartCheck is easy to use and can provide peace of mind to those at risk of pressure injuries and to those supporting them. It is a good idea to learn how to set up, override and reset to factory default settings. We have a great set up guide which is available HERE that walks you through the steps.

If you want more information on the set up and use of SmartCheck, you can reach out to your local Territory Sales Mannager or contact us at education.au@permobil.com 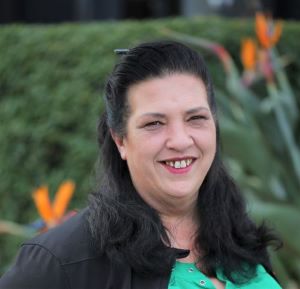 Tracee-lee Maginnity joined Permobil Australia in July 2019, as a clinical education specialist. She graduated Auckland University of Technology with a BHSc (Occupational Therapy) in 2003 and has since worked in various roles related to seating and mobility including assessing, prescribing and educating.

Tracee-lee is passionate about maximising functional outcomes with end users and the importance of education within the industry.